Following a Monday which saw the market’s rally stall following the 11% reflex rally off the Christmas Eve low, Tuesday will feature the first major economic data release of the week with the Producer Price Index for December. Clearly, with all eyes on the Fed and possible rate hikes in 2019, any sign of weakening prices at the producer level should give the Fed room to be “patient” in raising short-term interest rates.  From a political framework, the U.S. government remains in a partial shutdown, the U.K. Parliament is taking another Brexit vote that could determine the future of separation from the EU, and China is sending signals of increased stimulus to help their sagging economy.  With all that taking place today, we see no real trading edge given the near-term overbought condition in the major equity indices.

Past performance is not a guarantee of future results. All market data points and expectations are from Bloomberg as of 12/18/2018, and should not be relied upon as current thereafter.

Our view on pulllback to start the week 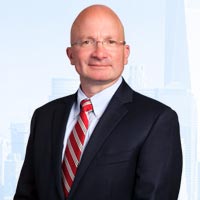 Canaccord Genuity LLC is a registered broker dealer regulated by SEC and FINRA. Member SIPC. Offices in other countries are offices of other companies in the Canaccord Genuity group of companies. See canaccordgenuitygroup.com/en/companies for more information.

Investing includes risk, including the loss of principal.

The views expressed in this commentary are the views of Tony Dwyer and are subject to change based on market and other conditions. Content on the site speaks only as of the date of publication, and may be superseded by subsequent events or otherwise.

This site contains certain statements that may be deemed to be forward-looking statements. These statements are based on certain assumptions and analyses made in light of experience and perception of historical trends, current conditions, expected future developments and other factors believed to be appropriate in the circumstances. Such statements are subject to a number of assumptions, risks, and uncertainties, and are not guarantees of any future performance. Actual results may differ materially from those projected in the forward-looking statements.

© 2020 Dwyer Strategy is a division of Canaccord Genuity LLC, all rights reserved.

Neither Canaccord Genuity nor its affiliates are responsible for the content or accuracy of information of the of the third party websites linked, nor do they in any way endorse, recommend, or guarantee the products or services offered on the websites.

Canaccord Genuity’s privacy policy does not apply to linked websites. Please refer to the specific policies of the third party when accessing their websites.